The (true) story of GregsListDC 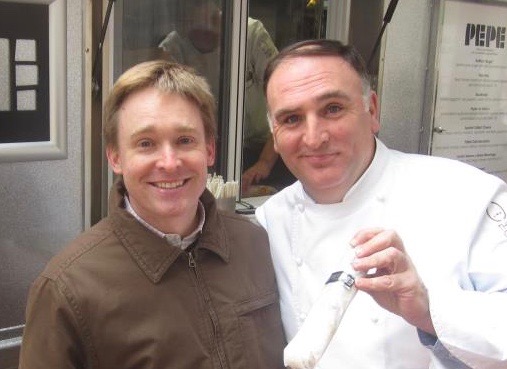 The (true) story of GregsListDC (the short version)

Our website launched in 2008 and now delivers daily updates on the best arts, culture, happy hour, fashion, food, and fundraiser events to thousands and thousands of "close" friends!

We lost Greg to a rare cancer in 2018, but we are relaunching GregsListDC as a tribute to him and all the things he loved about DC—the food, the events, and—most of all—the people.

The (true) story of GregListDC (the long version)

In 1994, I moved to DC for graduate school. My friend Mary Ann moved here soon after and, as we started to learn about the city and all it had to offer, we would e-mail each other about things to do on the weekend. As we developed a circle of friends, we added them to the list. Over time, we decided that the list should not just include what we were doing that weekend, but also fun events that we weren’t necessarily going to attend, either that weekend or during the week. We called the list the “compiliation” (misspelling intentional) and, at its height, sent it to about 200 friends or acquaintances.

Enter Greg. I had met Greg at a friend-of-a-friend’s (how appropriate!) picnic in Rock Creek Park in May 2002. We started dating, and Greg became an active contributor to the “complilation.” But he claimed that his friends had short attention spans, so the list was just too long for them. So, one day, he decided to shorten it for his friends and, as a joke, titled it “GregsList.” The name stuck.

We got married in 2006. In 2008, our friend David (a former AOL guy) asked if he could turn the list into a webpage to showcase his Drupal skills to prospective employers. I was hesitant (after all, it was the “worldwide web”!), but—the truth of the matter was—by that point we were eschewing crashing house parties for attending nicer public events. So GregsListDC was born.

GregsListDC was our baby, and Greg its proud papa. He doted on the site and worked hard to make it successful. He worked on it every night and weekend and we attended events most evenings. Greg captured the spirit of GregsListDC—always seeking something fun and unique, at an interesting venue, or in a new area. He loved to tell people (especially DC’s annual influx of interns) about things to do in the city and had “boots on the ground” at events who would report back to him. He even met CraigsList founder Craig Newman at an event, and got his tacit blessing on the name.

In 2015, Greg was diagnosed with a rare cancer, thymic carcinoma. Few people knew as he underwent open-chest surgery, chemo and radiation sessions, and numerous clinical trials. In typical Greg fashion, he remained staunchly optimistic, not wanted to know grim details about his condition and just doing what I and his doctors advised. When he fell ill in the summer of 2018, we thought it was just a setback from which he would recover. Unfortunately, he didn’t.

Even before Greg died, I had decided that I would carry on GregsListDC without him if necessary. I had a romantic notion of it being my tribute to him. It was our baby, after all. People were quick to contact me, saying how much they appreciated the site and even offering to help. But after he was gone, my appetite for doing GregsListDC waned. It just wasn’t fun without him. Every event, every venue, and every invitation made me miss him even more. I set relaunch deadlines for myself that I continued to miss—six months, a year, a year and a half…

Then the quarantine happened. As venues closed and restaurants failed, I knew that Greg would have been plotting and planning how to reenergize the social events scene once his beloved DC emerged from this crisis. I knew that I owed it to him to help.

So that brings us to now. I hope you find GregsListDC useful and that it helps you to get “back out there” as we all adjust to the new normal.