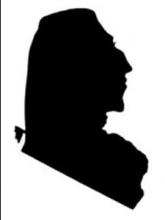 Major Peter Charles L'Enfant's arrival in Georgetown to design the Federal City in 1791, was both unexpected* and unheralded. As the City's 1991 bicentennial approached, The Historical Society of Washington began the tradition of commemorating the occasion with a gathering and a grateful toast to the designer of our Unique National Capital.

Georgetown's historic Dumbarton House is pleased to once again co-host this annual event!

Space is limited. 2-hour street parking is available on 28th between Q and R Streets NW.

*In 1791, Pierre-Charles L'Enfant arrived in Georgetown on Wednesday evening, March 9, and a few days later wrote to Secretary of State Thomas Jefferson (then in the temporary capital of Philadelphia):  On arriving, I made it my first care to wait on the Mayor of the town in conformity with the direction you gave me. He appeared to be much surprised and he assured me he had no previous notice of my coming nor any injunction of the business I was sent upon. L'Enfant's initial arrival had been botched by a bureaucratic breakdown! Thus, reparations to that oversight, and slight, have been made annually since 1989, by a festive civic celebration on the anniversary date of his first arrival.