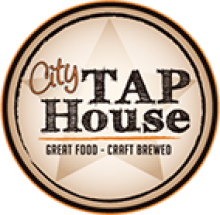 The newly opened City Tap House, just steps from City Center, is pleased to host a special brunch with Terrapin Beer Company on Monday, January 20th from 11 AM to 3 PM.

Guests will have the opportunity to enjoy a la carte dishes off Executive Chef Scott Swiderski’s new brunch menu along with 10 to 12 suggested pairings from Terrapin Beer Company out of Athens, GA.

A representative from Terrapin will also be on hand to help introduce a special cask version of their Mosaic IPA made with jalapeno chilies and orange peel.

All beers are available a la carte with prices ranging from $5 to $7 for 10oz & 16oz pours.  Pairing suggestions are highlighted below:

WHY: In conjunction with the recent unveiling of the beer program, Owner Frank Falesto and City Tap House’s Beer Director Andy Farrell are bringing the credo of the Philadelphia location – approachable unpretentious and community driven to D.C. by engaging their guests with local and regional brewers. The wealth of great local and regional breweries gives City Tap House great sourcing opportunities for creating outstanding events, and for putting its philosophy on craft beer into motion.

Terrapin Beer Company is a craft brewery founded in 2002 by Brian “Spike” Buckowski and John Cochran in Athens, Georgia. Terrapin introduced its first beer, the Rye Pale Ale in April of 2002.  Six months later while only available on draft in Athens, Terrapin’s sole offering won the American Pale Ale Gold Medal at the 2002 Great American Beer Festival.  These days Buckowski and Cochran are enjoying Terrapins new 40,000 square foot brewing facilities and taking advantage of the space to brew new innovative and exciting beers. The year round line up now includes the Rye Pale Ale, Golden Ale, and the Hopsecutioner. Terrapin has also released many other beers and garnered several awards both in the U.S.A and internationally.  For additional information please visit: http://terrapinbeer.com.