The History of Beer and Brewing in the Nation’s Capital 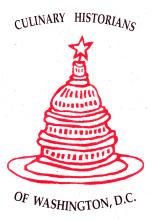 The Culinary Historians of Washington Are Pleased to Present
Garrett Peck
The History of Beer and Brewing in the Nation’s Capital
Sunday, October 11, 2014
2:30 p.m. to 4:30 p.m.
To be held in:Bethesda/Chevy Chase Regional Services Center
Meeting Room A
4805 Edgemoor Lane, Bethesda, MD
Capitol thirsts were slaked in 1796 by the City’s first brewery—the Washington Brewery. Yet
their heavy English-style ales produced by the capitol’s early breweries were not refreshing in the
City’s oppressive summers. By the 1850s, an influx of German immigrants brewed a frosty
alternative with light but flavorful lagers, and brewers like Christian Heurich, Albert Carry, and
Robert Portner dominated the taps of local saloons until Prohibition. Only Heurich survived, and
when they closed in 1956, Washington was without a brewery for fifty-five years. Author Garrett
Peck presents this history as well as the new brewers leading the capital’s recent craft beer
revival. Copies of Peck’s book, Capital Beer, will be available for purchase and signing.
Peck is an author and historian who leads tours for the Smithsonian Associates and Politics &
Prose. His Temperance Tour of D.C.’s Prohibition-related sites was  featured on C-SPAN, the
Travel Channel, and the History Channel’s “Ten Things You Didn’t Know About.” In 2011, Peck
lobbied the City Council to have the Rickey declared Washington’s native cocktail. His research
pinpointed the historic Washington Brewery site at Navy Yard and he’s particularly proud that
Green Hat Gin is named for a character Peck featured in Prohibition in Washington, D.C.,
bootlegger George Cassiday.
for more information, contact Claudia Kousoulas
301-320-6979  appetite@kousoulas.com
www.chowdc.org
This is a free event, no reservations necessary