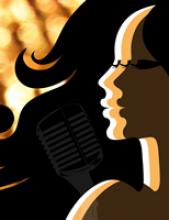 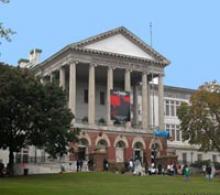 Facilitating the American Dream for Immigrants

Held is the Newseum seventh floor Knight Conference Center, with a breathtaking view of the Capitol, the award gala featured Wolfgang Puck’s The Source catering, the immigrant storytelling artwork of a Lebanese-American artist, and, of course, the awards presentation.

- Lydia Tamez, Associate General Counsel for Microsoft, recipient of The Keepers of the American Dream Award for her  tremendous positive impact in the field of immigration.  With a staff of some 30 attorneys and paraprofessionals, Tamez advises Microsoft on the immigration of some 50,000 employees globally.  Her voice has propelled Microsoft’s advocacy to shape U.S. immigration policy for highly skilled workers, yet she never forgets her McAllen, Texas roots.  Ms. Tamez notes that it is a long road from a border Head Start program to the Newseum awards stage and only in America could a “kid like her” end up at Yale and then Microsoft.

- Zed Wondemu, restaurateur and President of Zed's, Inc., recipient of The Thomas Carvel Immigrant Entrepreneur Award, as an immigrant entrepreneur whose success embodies the American Dream. Ms. Wondemu credits her success as one of the first entrepreneurs to bring Ethiopian cuisine to the Washington, DC area, beginning with her 1988 founding of Zed’s in Georgetown, to her supportive family.

- Deborah Szekely, Founder of the New Americans Museum, recipient of The Heroes of the American Dream Award, for her role as a grassroots immigrant advocate.  Ms. Szekely, the daughter of Hungarian immigrants, has made contributions in a variety of sectors, including as founder of the California based New Americans Museum, which honors the immigrant experience.  Her work is also intense in the health and wellness sector, as founder of fitness spas Rancho La Puerta and The Golden Door.  Her career in public service and diplomacy also includes terms at the Organization of American States and as President of the Inter-American Foundation, as well as community and education philanthropy particularly for undersserved minority populations in her home state of California.

- Dr. Juan Andrade, United States Hispanic Leadership Institute, recipient of The Golden Door Award, for outstanding leadership contributions to immigrant-related work.  In his acceptance speech, Dr. Andrade reminded attendees of the patriotism of immigrants, many of whom volunteer to fight and die for our country, regardless of citizenship status.  “Orale,” he said, spurring the crowd to conduct last minute advocacy prior to the upcoming Dream Act vote.  One of the NIF’s major points of current advocacy, the Dream Act would enable young immigrants to earn their citizenship by pursuing a college degree or enlisting in the military.

The award gala also featured an art collection by Helen Zughaib, an artist born in Beirut, Lebanon and who now uses art to shape dialogue and positive ideas about the Middle East. Hopefulness, healing, and spirituality are all themes woven into her work. The collection on display during the gala depicted her father’s tales of life leading up to his migration to America, told to further the family’s knowledge of their own history. The National Immigration Forum’s Keepers of the American Dream project allows immigrants of all backgrounds to share their story online and to read the stories of other immigrants.  Sign on to tell your American Dream story today and read the inspiring tales of other new Americans!

Established in 1982, the National Immigration Forum is the leading immigrant advocacy organization in the country advocating the the value of immigration to the nation.  The Forum uses its communications, advocacy, and policy to create a vision, consensus, and strategy that lead to a more welcoming America that treats all newcomers fairly. The National Immigration Forum depends on donors to fund the fight for fair and supportive public policies that welcome immigrants and refugees.

Another fabulous affair, the Dreamgirls Gala Night, will fundraise for the dreams of another group -- under-served minority urban high school students with artistic aspirations -- of the Duke Ellington School of the Arts, a charter school before DC was hip to the charter school scene.
Founded in 1974, the Burleith- situated public school provides pre-professional training to DC public school students in the eight major arts disciplines.  Students take 34% more credits than regular DC public high school attendees.  The school’s faculty and academic policies, coupled with students’ hard work and determination yields a 99 percent graduation and 95 percent college acceptance rates at some of the nation’s top university arts programs.  The school relies on the support of individual donors, the business community, and foundations to supplement DCPS and offer this exceptional arts-oriented education.

Dreamgirls is based upon the show business aspirations and successes of R&B acts such as The Supremes, The Shirelles, James Brown, and Jackie Wilson. It follows the story of a young female singing trio from Chicago, Illinois called "The Dreams," who become music superstars. The musical opened on December 20, 1981 at the Imperial Theatre, and was nominated for thirteen Tony Awards, including the Tony Award for Best Musical, and won six. It was adapted into a motion picture from DreamWorks and Paramount Pictures in 2006.

The December 9th Gala Night punctuates the fourteen-show run from the 2nd to 11th.  The evening features an appearance by Jennifer Holliday, the original Dreamgirl, and a delightful post-performance reception in the ‘Dream Lounge.’

For additional information, or to support either of these dream-enabling causes, please refer to their websites: National Immigration Forum and Duke Ellington School of the Arts.