Pursue Happiness in the Heat 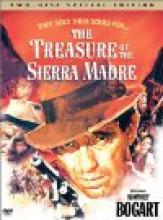 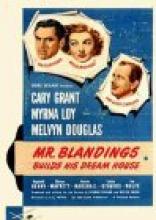 What could be better than one of Washington’s seven free summer outdoor film festivals on a hundred degree DC day?

Did I mention that all of this was still free?

If you thought you were in heaven when you heard that NoMa Summer Screen, Crystal Screen, U Street, Rosslyn Gateway Park, Capitol Riverfront, Rockville Town Center, and Screen on the Green were back, then you’re in for even cooler delight with Hudson Institute’s Ethics and Public Policy Center Summer Film Series.

Follow the evolution of the pursuit of happiness in the movies with Hudson’s EPPC Resident Scholar James Bowman. Film and cultural critic of the American Spectator, Bowman co-hosts his fourth annual summer movie series with William Schambra, Senior Fellow and Director of Hudson's Bradley Center for Philanthropy and Civic Renewal.

The series will take place on successive Tuesday evenings between June 22 and August 3 (excluding July 20) from 5:30 to 9:00 P.M. at the Hudson Institute, not to be confused with Hudson Lounge.  Click here for more information and to RSVP. Upcoming films include: July 13: Mr. Blandings Builds His Dream House (1948); July 27: About Schmidt (2002); and August 3: The Pursuit of Happyness (2006).

If you can’t make it Tuesday nights, the other cooler, indoor option will be each Monday at the National Theatre, where Cary Grant will be on the big screen with such big titles as “An Affair to Remember,” “His Girl Friday,” and “Bringing up Baby.”