Where the International is Always Local 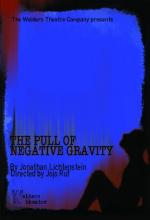 On June 17th, the Academy for Educational Development (AED) launched its new space, Idea: Exchange, with a four-part photography exhibit.  The space, adjacent to the recently inaugurated AED Theater, completes AED’s full occupation of the Universal North and South buildings between Florida and T on Connecticut NW, begun ten years ago.  The new space, which revamps the former Visions Theater, is envisioned as a way for AED to play a more active role in the District and to positively affect the city in the same way it has improved education in 150 countries and 50 states since its founding in 1961.

A little over a week later, on June 25th, the Welders Theatre Company makes its debut, using theater as a medium to focus global, social, and political issues through a lens of creative exploration in dialogue, perspective, and character.

The first endeavor, Idea: Exchange, is intended as a place where people will meet, engage their ideas, and present results. The beautiful multi-purpose reception/exhibit space, with ideal lighting, bar space, and high ceilings, is a beautiful backdrop to the four collection photography exhibit, "The Way We See It." Running through early September,  the exhibit is complemented by ongoing lectures and cultural programming.

The four intergenerational photography collaborations--with a focus on self-expression and community dialogue--include photos taken by children from DC and around the world. The first, Critical Exposure -backed project is true to the organization's tenants of youth empowerment, public engagement, and policy change. In the exhibit, DC students express their reasons for leaving and later returning to school. Critical Exposure's work regularly addresses the city's dropout crisis, providing perspective on its causes and consequences, as well as policy solutions.  The second installation, Visual Griots, allows visitors to see Africa through the eyes of African children who record their village life in the way of African storytellers. Meanwhile, Josh Schachter, in his "Finding Voice" and "Photography on Fire" New Delhi contributions, works with refugee and immigrant youth in Tucson, Arizona highlighting critical social issues in their lives and communities.

The AED Globe Theater in the same new building has already hosted public films, lectures, and performances since its inauguration. Programming has featured collaborations with embassies and other local partners, including Washington Film Institute's Asia Film Festival and Earth Day showing of No Impact Man and a concert by Ladysmith Black Mambazo that raised $10,000 for AED Ghana.

On Friday, June 25th, The Welders Theatre Company debuts with the D.C. premiere of Jonathan Lichtenstein’s The Pull of Negative Gravity.

This work, directed by Jojo Ruf at The Devine Studio Theatre in Georgetown University’s Davis Performing Arts Center, bodes well for the Company’s future.  In the play, Dai (Tyler Herman), a farmer's boy, leaves his fiancée (Julia Morrissey) and family (Susan Lynskey, Louis Lavoie) behind to become a soldier in Iraq, and returns home with devastating injuries that have extraordinary consequences.  The Pull of Negative Gravity is an examination of one family's strength and destruction in the aftermath of the war in Iraq.

The Company exudes passion for our city through a fusion of the political, social, and cultural. It takes its name from the eponymous poem by Cherrie Moraga. "The Welder," which concludes, "I am the welder./ I am taking the power / into my own hands."  In a city where so many wield significant power, the Welders may be just the troupe to remind us that the fundamentals of our human experience remain, at least to some degree, "sparks out of control," hard as we may work "to change the shape of things."  As cast members reflect on it, the play is "an unapologetic declaration of the true effects of combat on the human spirit."

Both the Welders’ and AED's new global-neighborhood spaces, through their performing arts and careful program selection, have the capacity to bring us back to the "realities and ravages" of foreign and community conflicts stimulating dialogue and policy change.  Both these groups have  been welcomed with open-arms Only in DC is the international so whole-heartedly local-and personal. Greg's List DC’s Culture Editor foresees a bright future for the Welders and Idea: Exchange alike.  They reside among the growing ranks of endeavors that make this city an increasingly attractive homebase to culture-savvy individuals.

The Idea: Exchange exhibit will be open Wednesdays through Fridays, June 18 through September 3, from 2-7 PM and is well worth the visit. Tickets and full performance schedule for "The Pull of Negative Gravity" are here.