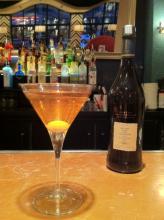 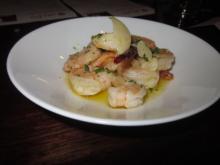 Jaleo Bethesda is turning 10 years old, and is making sure that everyone can join the party! Start the celebration with one of Jaleo Bethesda’s special cocktails. La Perla, a cocktail designed especially for Jaleo’s 10th anniversary, mixes two types of Perucchi Spanish vermouth (dry and Reserva sweet) with Lustau Almacenista Palo Cortado sherry and Ketel One vodka. It’s finished with a spherified horchata “pearl” (this is a Jose Andres joint, after all!) Other celebratory libations include the Golden Boy (cava, Hidalgo Amontillado sherry, and gold powder) and Jose’s favorite G&T (Hendrick’s gin, juniper, lemon, and Fever-Tree premium Indian tonic water).

Want to keep the party going? To thank its fans, the restaurant is hosting a 10th anniversary celebration on Tuesday, March 1st, which will include complimentary light tapas, sangria, wine, and beer. Sign up now to make sure you are on the guest list. Happy Birthday Jaleo—here’s to many more!