Sprinkles Forecast for the DC-Area! 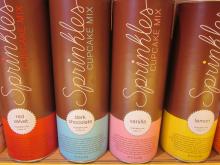 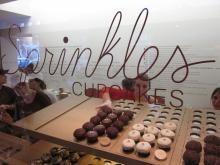 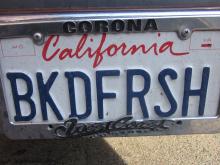 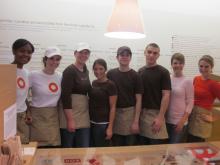 No, this is not a weather report...but it is an update on the latest cupcake purveyor to come to the DC area. Beverly Hills-based cupcake chain Sprinkles is forecast to arrive in DC on March 3.

Started by a husband and wife team, Sprinkles was doing cupcakes way before cupcakes were cool. A favorite among Hollywood A-listers, Sprinkles has locations in Dallas, Chicago, Houston, New York, Scottsdale, and several CA locations, with future spots planned for other U.S. cities as well as locales as far flung as Paris and Tokyo.

Sprinkles offers an array of 25 cupcake flavors, which rotate daily. Fan favorites (like the moist Red Velvet topped with cream cheese frosting) are available every day, whereas some more exotic flavors (like the chai latte or ginger lemon) only appear once a week. We savored the chocolate coconut cupcake, a moist dark chocolate cake topped with vanilla frosting and piled high with sweet shredded coconut.

Can't make the opening? Never fear, because the chocolate-brown Sprinkles truck will be hitting the streets all week (February 28- March 6), offering free cupcakes (while supplies last) to those lucky enough to catch it. (Follow @sprinklesmobile on Twitter for info on its exact location). Scheduled stops include Franklin Square on Monday, Georgetown University on Tuesday, Dupont Circle on Wednesday, Gallery Place on Thursday, the U.S. Capitol on Friday, Friendship Heights on Saturday, and Eastern Market on Sunday.

And stay tuned for the show "Sprinkles Cupcakes DC" filming now locally and soon to hit the airwaves. Life is sweet!