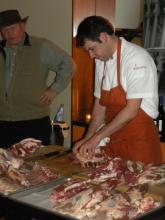 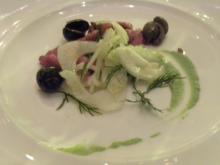 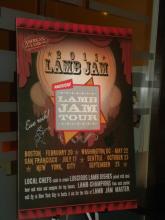 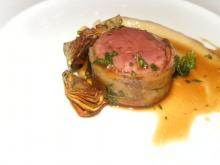 You’ve probably experienced Cochon 555, which introduced us to the wonders of farm-raised, heritage pigs, but now get ready to look at American lamb in a new way at (are you ready?).....Lamb Jam. Sponsored by the American Lamb Board, Lamb Jam (featured on GregsListDC) will bring together 19 DC-area chefs (including Rodney Scruggs from Occidental Grill & Seafood, Christophe Poteaux from Bastille, Dennis Marron from Jackson 20/Grille at Morrison House, and Victor Albisu from BLT Steak) who will create delectable local lamb dishes for tasting. Each will be perfectly paired with Washington State wines, beers from Heavy Seas and Flying Dog, and ciders from Foggy Ridge Cider. Guests will sip and sample, as they decide who should win the “People’s Choice” award.

We recently were introduced to American Lamb at a preview event, where chef Nick Stefanelli of Bibiana broke down a whole lamb with incredible speed, skill, and finesse. We learned that there are five major cuts called primals (shoulder, rack, loin, leg, and breast) and smaller cuts that come from these are called subprimals. As chef Stefanelli told us, a true chef uses all parts of the lamb, and must draw on creativity to use each cut in a unique, flavorful dish. There are over 70,000 sheep farms and ranches across the U.S. producing lamb in every state, yet Americans eat less than a pound of lamb annually. It’s high time that we embraced this incredibly tasty, versatile, and affordable meat!

While there, we also met Craig Rogers, owner and operator of Border Springs Farm in Patrick Springs, VA. A former professor and dean, he fell in love with sheepherding and has been raising sheep on his small family-run farm for the past decade. He sells directly to chefs (including Bryan Voltaggio of Volt and Mike Isabella of the soon-to-open Graffiato) who are as passionate about his product as he is.

Has all this gotten you into a lamby mood? Then get your tickets today--if Lamb Jam is anything like its porcine predecessor, it will sell out! Can’t make the DC event? Then try to catch one of the tour’s upcoming stops: July 17 in San Francisco, October 23 in Seattle, or September 25 in New York City (where the winners of each local competition will compete for the title of Lamb Jam Master). Lamb Rocks!