Gray Matters: The Many Brainchilds of Todd and Ellen Gray 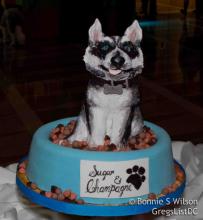 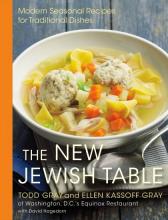 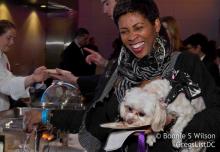 Photographs 1, 2, and 4 by Bonnie Wilson

Todd and Ellen Gray must not sleep much. That’s the only conclusion you can draw when you consider their many ongoing endeavors!

The couple’s most-established restaurant, Equinox, offers diners mid-Atlantic regionally inspired cuisine. Sourcing ingredients from within a 100-mile radius of the restaurant to the greatest extent possible, the spot has received considerable critical acclaim over its nearly 15-year history. (Haven’t tried it for yourself—now’s a great time, as it is offering a terrific Restaurant week menu through February 10th.)

At their NoMa restaurant, Todd Gray’s Watershed, Todd and Ellen serve up seafood and southern fare (along with “to die for” hush puppies!) In the summertime, you can unwind on their expansive outdoor patio.

Wednesday through Saturday weekly, you can lunch at Todd Gray’s Muse Café at the Corcoran Gallery of Art. The café’s menu draws its inspiration from the Corcoran’s collections and special exhibitions. Each Sunday, Todd and Ellen host a market brunch (Vegans rejoice--every fourth Sunday of the month boasts a completely vegan meal!)

Todd and Ellen’s fourth endeavor, Market Salamander in Middleburg, VA, melds a gourmet market with a casual café. Its weekly specials include in-store demos on Fridays and Saturdays, brunch on Sundays, and $6.50 Hunt Country Burgers on Wednesdays.

Middleburg also is the site of the long-awaited 340-acre Salamander Resort and Spa, slated to open this August. Todd Gray serves as its culinary director, and is overseeing the development of its menus. A true destination for foodies, the resort will include a state-of-the-art cooking studio, in which guests will be able to take hands-on cooking classes.

In addition to running their many restaurants, Todd and Ellen Gray also participate in several charitable endeavors. Each year, they host Sugar & Champagne Affair, a fundraiser for the Washington Humane Society. Now in its 12th year, the event gives people (and their dogs!) a chance to sample food and drink from some of DC’s best restaurants. (You can see pictures from last week’s sold out event here.) Todd and Ellen also have been active participants in the Chefs Move to Schools initiative—part of Michelle Obama’s Let’s Move campaign.

Last but not least, Todd and Ellen have authored a cookbook (out in March) called The New Jewish Table: Modern Seasonal Recipes for Traditional Dishes. The book is divided into seasons, each with six chapters (brunch, starters, lunch, dinner, sides, desserts). It includes over 125 recipes as well as menu suggestions for four Jewish holidays. Want a sample? You can download the recipe card for their warm and buttery Gruyere cheese puffs here.

If that’s not enough for you, you can meet Todd and Ellen at two upcoming book events (featured on GregsListDC). They’ll be part of the Corcoran Uncorked event on February 6th, previewing their new cookbook. The evening will include a special viewing of Bezalel on Tour and several docent-led tours. Or catch them at the Sixth and I Synagogue event on March 6th where they also will discuss their book.

Hungry for more? Stay tuned to GregsListDC, as we will be giving away ten copies of The New Jewish Table: Modern Seasonal Recipes for Traditional Dishes through our Facebook page soon!